These times that we are currently in have placed in the mind of the believer what a lot of people call the rapture. There is great hope that those who are believers in the Prince of Peace, Yahushua Hamashiach (Almighty Jesus Christ) will be taken up to be with Christ before the Anti-Christ is revealed or before the great tribulation begins. My brothers and sisters are not in error to have hope in the gathering of the saints during the last days , but there is an error in the belief that the saints will not be tried during tribulation. 1 Thessalonians 4:16 “For the Lord himself shall descend from heaven with a shout, with the voice of the archangel, and with the trumpet of God. And the dead in Christ will rise first. Then we which are alive and remain shall be caught up together with them in the clouds, to meet the Lord in the air: and so shall we ever be with these words.” I will by the power of the Holy spirit build upon this scripture, Lord willing.

So from 1 Thessalonians 4:16 we can attest that their will be a gathering of believers who will not see death. When does scripture state that this will take place? The answer for a time period exist in Matthew 24:29 “Immediately after the tribulation of those days : The sun will be darkened, and the moon will not give it’s light, the stars will fall from the sky, and the powers of the heavens will be shaken. At that time the sign of the Son of Man will appear in heaven, with power and great glory. And he will send out his angels with a loud trumpet call, and they will gather his elect from the four winds, from one end of the heavens to the other.” It is clear here that Christ will not gather his elect until after the tribulation.(I speak of the living elect, for we already reviewed 1 Thessolonians that those who have died shall be taken first.) and the signs are the darkening of the sun and the moon. Revelation chapter 7 gives us more indication that the elect will be around for the tribulation. In chapter 7 of Revelation, apostle John is shown a vision of a large multitude in heaven, dressed in white with palms in their hand. The number of the multitude is too large to count. In verse 14 ( Revelation 7:14) John is told who this multitude is by an elder. “The verse says that the elder told John “these are the ones coming out of the great tribulation. They have washed their robes and made them white in the blood of the Lamb. This identifies that the gathering of the elect will be those who died during the great tribulation as well as those who lived through the great tribulation. I will quote one more scripture for those who believe the saints will not be around for the anti-christ, the beast and his image and the mark of the beast. Revelation 20:4 says “And I saw thrones and they that sat upon them, and judgement was given unto them. And I saw the souls of them that had been beheaded for the witness of Jesus and the word of God, and who had not worshipped the beast, nor his image, nor had received his mark upon their hand; and they lived and reigned with Christ a thousand years.” 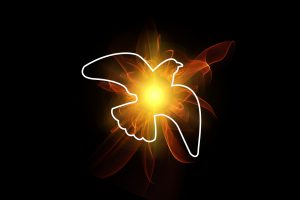 In conclusion Christ Jesus has called us to endure until the end, and it is his prayer that we remain faithful. For this writing is not to cause division amongst believers, but to bring understanding and edification. Pray and seek clarity if you doubt what message I bring you. There must be salt on the earth until Christ Jesus returns. It is the duty of believers to win souls using there assigned office and gifts they received by the Holy spirit. For God wants none to perish. 2 Peter 3:8-10 “The Lord is not slack concerning his promise, as some men count slackness, but is long-suffering toward us , not willing that any should perish, but that all should come to repentance.” All glory be to the creator of all things in existence. Blessed are you o Lord who has fulfilled all the law through Christ Jesus and covered us with his righteousness, Amen.