Squid game is a popular Netflix show where people in debt sign up for a serious of deadly children’s game to make money. The squid game crypto currency which is not affiliated with the Netflix show in any way, claimed it would re-create the same sort of challenges with the squid game token as the required center piece to play. As soon as squid game token became available for purchase holders realized they were not able to sell. This inability to sell caused the price of the squid game token to sky rocket rapidly with each unsuspecting investor, which ultimately started a cycle of attracting more unsuspecting investors. This created a parabolic run that pushed the squid game token to a price of nearly $3,000 per token. Unfortunately for those unsuspecting investors, on November 1st the price crashed down to less than a cent in less than a couple of minutes. Apparently the developers behind the token ran off with the money. According to news sources over $3 million dollars was taken. There was over 10,000 investors who got scammed. The bizarre thing about this situation is that there were mainstream media news sources who covered this token and basically vouched for it leading many to be ripped off. Some of the mainstream media sources that covered it were the BBC and CNBC. As a result some people are still buying this coin. The thing about crypto currency is that you must research before you invest because their are many garbage tokens and coins being created by developers looking to make a quick buck by using what people in the crypto community define as a rug pull. So for those who are new to investing in this field, always do your own research. 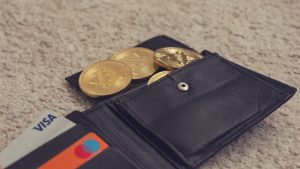 If you are someone who is familiar with Cardano then you should be aware of many who say that the coin has failed to perform as expected. The price of the coin has been at around $2.00 and as I am writing this it is currently at $2.17 a coin. One theory that I have heard that is behind this is that the coin is experiencing price manipulation from big institutions. This has been presumed due to the amount of institutional money dumped into Cardano without a major price change. Also the variable that Cardano has 85 percent of its coin actively being staked with a count of 2 million Cardano wallets. In contrast if you look at Solana who also has a large amount of institutional money that has been dumped into the coin and as a result it’s price has sky rocketed. Currently it’s price is at $248.93 a coin as I am writing this. Taking these things into consideration with the fact that just recently Cardano reached one million followers on it’s twitter page could be a sign that Cardano is extremely undervalued and is due for a nice breakout.

THE FUTURE OF THE BLOCKCHAIN SYSTEM

I just wanted to close off with a thought that was discussed on Quincy Jones’s(A brilliant blockchain developer) Youtube channel. He stated that the future of Blockchain inevitably has to be split between decentralized and centralized. The explanation is that some decisions such as issuance of documents need an authority to determine if the applicant is legit and what information for authentication of the applicant should be accepted. I know this is a bad example, but the point is all digital activity will not be able to operate off a decentralized system alone and their are many case points better than mine. Thats all I have for this week , until next time, do your own research.